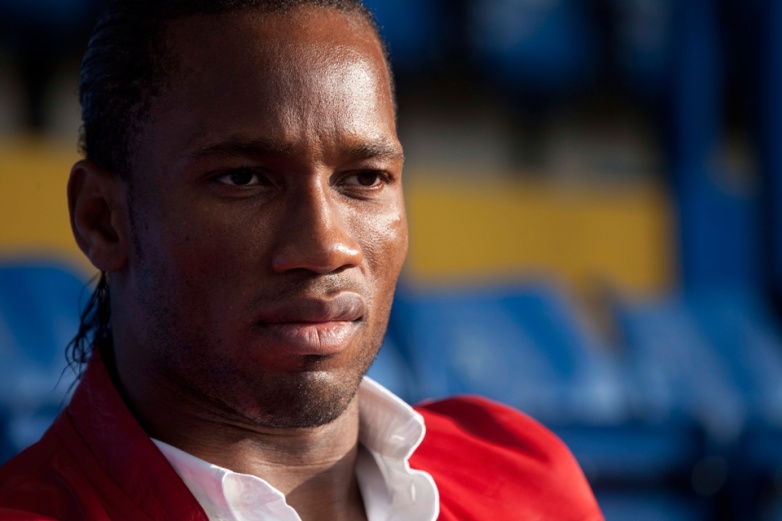 Former Chelsea and Ivory Coast forward Didier Drogba is the focus of the first episode of Football Rebels, which premiered on Al Jazeera on Tuesday, 12 March 2013 at 22:30 GMT.

Presented and narrated by former Manchester United star Eric Cantona, Football Rebels is a five-part documentary on five football heroes whose social consciences led them to use their fame and influence to challenge unjust regimes, join opposition movements and lead the fight for democracy and human rights in their countries.

The first episode, Didier Drogba and the Ivorian Civil War, explores how Drogba helped the Ivory Coast team qualify for the 2006 world cup and then challenged President Gbagbo to end the civil war in his country. Watch it here.
Episode two looks at how, in 1958, AS Saint Etienne striker Rachid Mekhloufi stealthily left France to join the FLN football team and play for Algerian independence.

The third episode shows how in the midst of the civil war in the former Yugoslavia, then Yugoslav star Predrag Pasic started a multi-ethnic football school in the besieged city of Sarajevo.

The fourth episode follows the journey of Chilean player Carlos Caszely, whose support for murdered president Salvador Allende led to his persecution by General Pinochet’s regime in the 70s.

The final episode looks back at the Brazilian dictatorship of the early 1980s and how Socrates, the midfield maestro and Brazilian captain, turned every Corinthians’ match into a political meeting for democracy.

Commenting on Football Rebels, Cantona says: “Football is more than the opium of the people. It’s about good intentions, noble hearts… When your country’s at war, your friends are killing each other and children are given rifles rather than footballs, so what if the whole world admires you?”