Ten Cities, is a global and culturally revelatory project that is documenting the social practice of going clubbing. It is the brainchild of Goethe-Institut Kenya in partnership with Adaptr and C/O Berlin. The project spans two continents, 10 countries and three disciplines (music, photography and writing).

The cities involved are Berlin, Bristol, Johannesburg, Cairo, Kiev, Lagos, Lisbon, Luanda, Nairobi and Naples. The criteria set down by the project: cities with highly developed club cultures with outstanding musicians, cities with specific local forms of music and characteristics in terms of urban development, or home to well established subcultures and subaltern public spheres and voices. About 50 DJs, producers and musicians are teamed up therefore enabling them to produce music together and exchange their knowledge about the club scenes in their countries.

The European guys are not teaching anything to the African colleagues. That would be ridiculous. The bridges are built by producing music together. The symmetrical and equal exchange is crucial here. — Johannes Hossfeld, Director of Goethe Institut Kenya

As a culture, clubbing is one of the most dynamic cultural forms worldwide with regards to space and the public sphere. It is also a space for experimenting with identities and lifestyles. Musicians today keep in touch with global pop culture viathe Internet which in turn, inspires local creativity and finds its way back into the Western world. However this Eurocentric attitude, often leads to a lack in both the appreciation of the African cultures within which all western styles of club music have their roots, and in the physical exchange between musicians and activists between the two continents. The Ten Cities project answers these concerns through a combination of music production, photography, and interdisciplinary research. 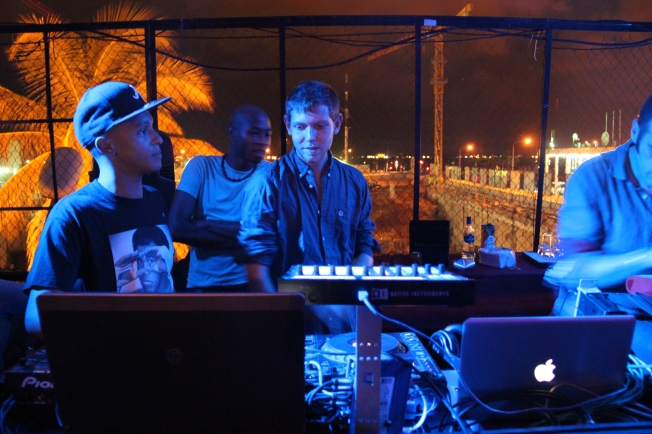 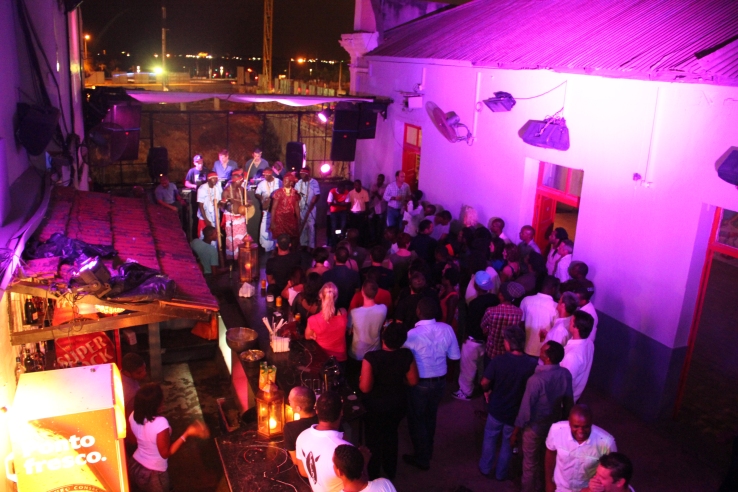 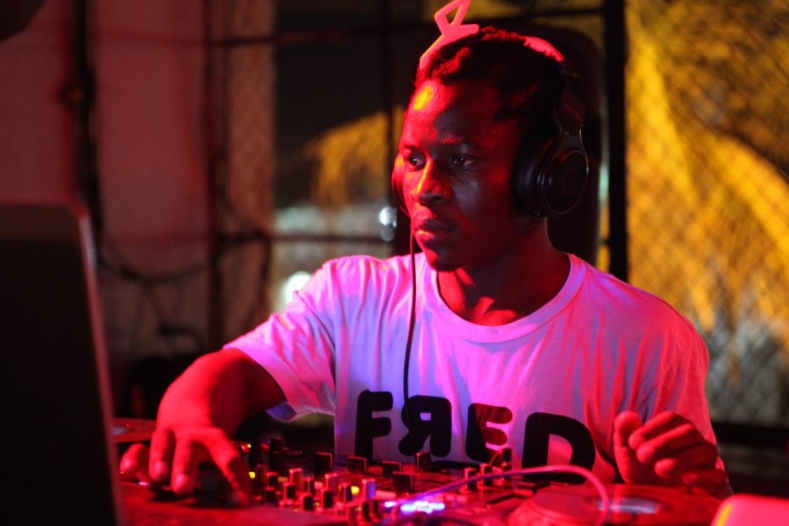 A research project comprising of 23 researchers will use the perspective of club cultures to explore and investigate the term of the public sphere. They will work on essays and studies about those partly unknown music scenes and their sub cultures; ten photographers will capture the same on an artistic level.

In a recent interview, the director of Goethe-Institut Kenya Johannes Hossfeld, revealed the main impetus behind the project which is “to consider what club culture has actually generated, but in different places around the world.” Hossfeld went further,

We got more interested in the issue of the public sphere and wanted to set up a project that would unpack this notion of political theory….what about those public spheres that are actually not formed by language, but rather by practices of sound and the body? Urban studies usually take prominent, often Western cities as paradigms for the discussion.

What about cities like Luanda or Kiev, Naples or Nairobi, and how exactly is a polis formed on these locations? In this project, we attempt to take a look at club cultures as public spheres.

The final result of the project will lead towards a conference and a publication, which examines the topics public sphere and urban space, telling the history of club music in those ten cities and will include the new tracks compiled in music albums. The photographic documentation will be presented in the form of an exhibition in Berlin, accompanied by a final concert. 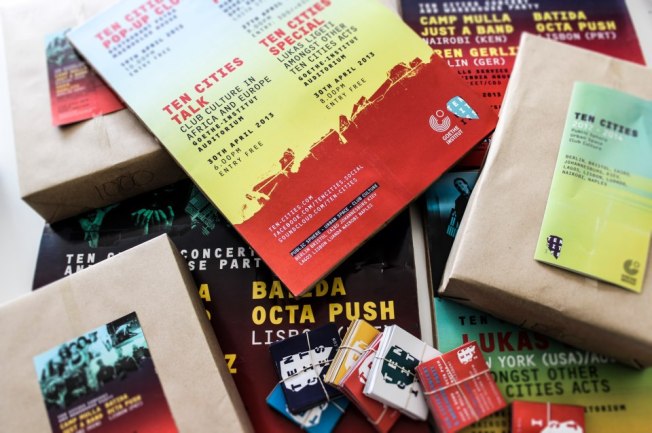 View some backstage photographs and recording sessions below:

One of the Lagos curators, Afrologic…pointed out while on the trip that many famous dance music drum machines such as the Roland 808 or 909 are built up of drum sounds indicative of African percussion – shakers, claps, bongos, clavs etc. — DJ Pinch (Rob Ellis)

Follow Ten Cities via their Facebook page and on Soundcloud, where you’ll find some of their DJ sets

TEN CITIES is organized by
Goethe-Institut Kenya
Adaptr.Org
C/O Berlin
Centre of Postcolonial Studies at the University of Naples, Italy
and a network of partners in ten cities.