The Africa International Film Festival (AFRIFF), a platform that seeks to give expression to the players in the African film sector by recognizing and rewarding excellence in the industry, will hold its 3rd edition between the 10th and 17th of November 2013 in Calabar, Cross River State, Nigeria.

To this end, guidelines for submission of film entries have been released and entires will close on July 30th, 2013.

The weeklong event is set to become Africa’s annual destination for fantastic film experience and celebration every November, comprising a top class film programme; talent development and technical training series aimed at raising local industry standards, business sessions and networking opportunities, as well as a unique Film and Equipment market that will encourage and grow content trade out of Africa and global partnerships.

Practitioners in the film industry who wish to enter for the various categories are required to follow entry guidelines and Download the entry form. Eligible films must have been produced after January 1, 2012 and preference will be given to films which are yet to be screened globally or in Africa.

Categories for entry include Feature, Short, Documentary and Animation, with monetary award prizes ranging from $3000 – $6000. 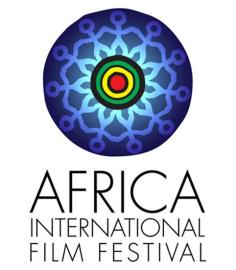 With its Inagural edition in Port Harcourt, Rivers State, Nigeria, The Africa International Film festival was founded in 2010 by Ms Chioma Ude.  Her passion for the industry grew more intense after her involvement in the production of the 2007 Nigerian Film and Video Censors Board (NFVCB) UK Roadshow.

Ms Ude then went on to produce the 2008 Africa Movie Academy Awards (AMAA) during which she instituted the philanthropic arm of the awards by conceiving the AMAA Charity Benefit. This novel initiative was designed to be an annual Corporate Social Responsibility (CSR) platform for industry practitioners and stakeholders to give back to society. Later, in 2009, Chioma was the local producer of the ION International Film Festival (IONIFF), a global touring festival originating from Hollywood, whose aim is to promote global awareness and peace through arts, culture and films.  The event was held in Port Harcourt, Rivers State in Nigeria.

One thought on “Africa International Film Festival 2013 | Call For Entries”