J. D. ‘Okhai Ojeikere: Sartorial Moments and the Nearness of Yesterday is the second in The Museum of African Diaspora‘s (MoAD) Curator’s Choice Series. Curated by Olabisi Silva, Director of the Contemporary Centre for Art, Lagos, Sartorial Moments portrays a people defining their place in history.

J. D. ‘Okhai Ojeikere understood fashion as a personal display of independence, and in the 50 photographs included in this exhibition, dating from 1955 to 2008, he captures traditional Nigerian dress and hairstyles alongside popular Western-style adaptations. Hair, as one of the main identifiers of time and place, became an especially important focus for the artist as he documented the changing body politic of his young nation.

In depicting the complexities of a new and free post-colonial Nigerian society, Ojeikere reveals the degree of influence that the West—particularly the United Kingdom and the United States—has had on the youth of Lagos as they continually negotiate between the old and the new, colonialism and post-colonialism.

Born in 1930 in the western part of Nigeria. In his young days Ojeikere incessantly writes the Ministry Of Information, asking them to hire him as an “assistant in the dark room”. His tenacity is rewarded when in 1961 the first television station is founded.

At the eve of the decolonisation he is contacted by the West African Publicity agency. Soon after that he opens his own studio “Foto Ojeikere”. In 1967 he becomes an active member of the Nigeria Art Council, an organisation in charge of organising a festival of visual and living arts.
Hairstyles is his most known collection, involving almost 1000 different hairstyles that give an image of the African woman. He finds these “sculptures for a day” on the street, at a marriage or at work.

With thanks to Fifty One 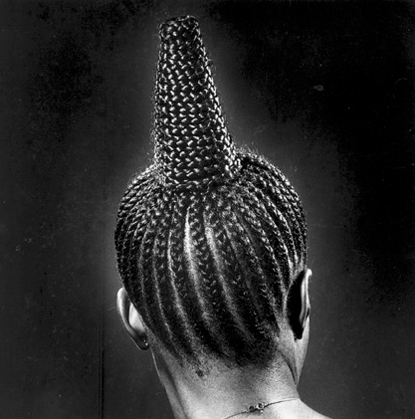 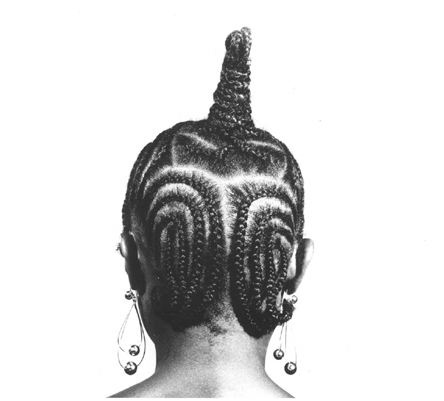 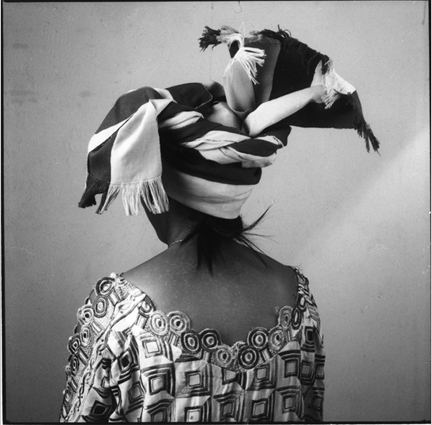 One thought on “J.D. ‘Okhai Ojeikere | Sartorial Moments and the Nearness of Yesterday”