Ziman, a street artist employs piercing colors and images that are arresting with knitted masks and beaded weapons. The obsession with guns and the power they provide is brought to the fore creating a bizarre and almost surreal image. The vendors who star in Ziman’s photos were not at all directed in how to pose with the weapon replicas. Yet, when observing these pictures, one senses that the weapons are dangerous totems to behold.

For the ‘Ghosts’ series, Ziman crafted 200 handmade beaded and wire wrapped guns, a hefty total that pales in comparison to the multibillion dollar industry that is international arms dealing. While guns are marketed as symbols of power and authority, in reality their consequences include child soldiers. Read Ziman’s message regarding this project:

Part of an extensive series of works, this mural deals with the international arms trade and Africa: a trade that for the most part only goes in one direction.

I had six Zimbabwean artists use traditional African beads and wire to  manufacture several hundred replica bead/guns like AK-47s, as well as several replica bead/general purpose machine guns (GPMGs), along with the ammunition. In response to the guns sent into that culture, the mural represents an aesthetic, anti-lethal cultural response, a visual export out of Africa.   And the bead/guns themselves, manufactured in Africa, are currently being shipped to the USA and Europe.This bead/arms project provided six months full time work for half a dozen craftsman who got well deserved break from making wire animals for tourists.

The completed bead/guns were the subject of a photo-shoot in crime ridden downtown Johannesburg.  The subjects were the artists who made the guns, several construction workers who happened to witness the shoot, and a member of the South African Police Services who just wanted his picture taken. The mural is mixed media, wheat paste, dye, acrylic spray-paint and ink on wood.  This mural is the first in a series to be put up in LA. 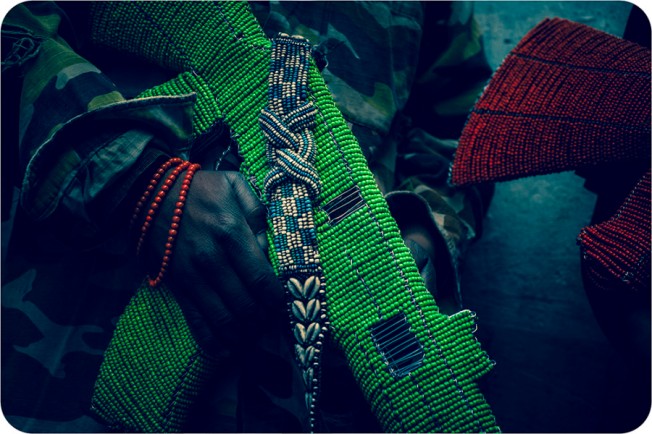 Ziman has also produced murals in Venice Beach, California where he lives with his family. 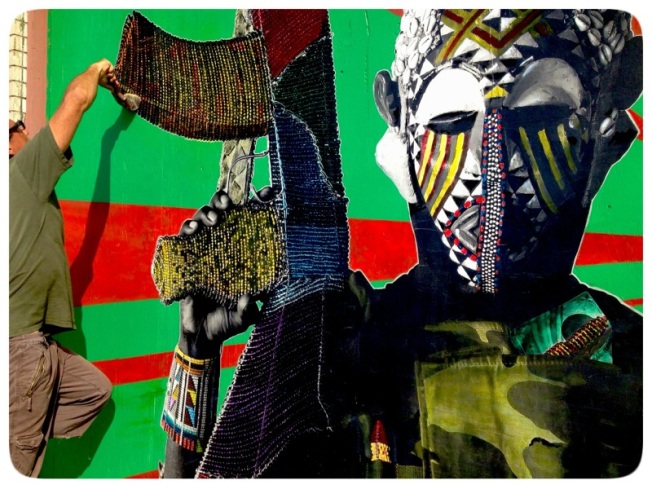 In 2008, Ziman made Jerusalema which he wrote and directed. The film was submitted to the Academy Awards to as a nominee for Best Foreign Language Film.