Paa Ya Paa Arts Centre are holding a films and media exhibition as part of Black History Month. The arts centre is a place for inspiration and development for indigenous artists and art lovers. Their programs include visual arts, music, dance, theatre and photography. Paa Ya Paa describe their name origin as,

a compound Swahili name which literally means “The Antelope Rising”. In Swahili “paa” means “rise” and also means an “antelope”. In the 1960s the antelope had become a regular subject for the curio wood carvers designed to attract tourists in East Africa. Symbolically, therefore, Paa Ya Paa is a spiritual calling in the hope that the simple artistic expressions will rise in to a new realm of open-minded creative adventures, adventures that will give new scope for free creative self-expressions of the artist as well as the ethics and aesthetics that make the pursuit of excellence in the creative arts a worthwhile discipline.

There will be a mixed media exhibit that can be viewed before the start of the films and there are moderated discussions after the screenings. All screenings are FREE and will take place at Paa Ya Paa Arts Centre in Ridgeways. The schedule is as follows:

This is a historical drama film 12 Years A Slave directed by British artist and filmmaker Steve McQueen. It is also notable for being Kenyan actress Lupita Nyong’o‘s first film role for which she has been nominated and won a host of awards. The story is based on the memoir of Solomon Northup, a Black man (played by Chiwetel Ejiofor) and talented musician who was born free in New York state, kidnapped in Washington D.C., then sold into slavery and kept in bondage for 12 years. 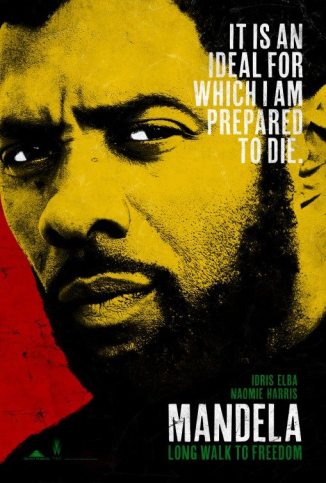 Based on South African President Nelson Mandela‘s autobiography of the same name, which chronicles his early life, coming of age, education and 27 years in prison before becoming President and working to rebuild the country’s once segregated society. The film stars Idris Elba as Nelson Mandela and Naomie Harris as Winnie Madikizela–Mandela.

Loosely based on the real life of Eugene Allen, the film stars Forest Whitaker as Cecil Gaines, an African-American who eyewitnesses notable events of the 20th century during his 34-year tenure serving as a White House butler, and Oprah Winfrey plays his wife Gloria Gaines.

Maafa 21 is a film that argues the modern-day prevalence of abortion among African Americans is rooted in an attempted genocide or maafa of black people. It alleges that the eugenics movement that targeted African Americans in the 19th and 20th centuries formed the basis for the creation of the American Birth Control League (now Planned Parenthood) by Margaret Sanger and the abortion-rights movement of the 20th and 21st centuries. Maafa is derived from a Swahili term for “disaster” or “great tragedy”. View the trailer here: