Films always come when everything is over. Why? Why can’t cinema be there even before the problems, to reflect what is happening, so we can fix it? I really think right now we have forgotten the very nature of cinema in the first place. Cinema is not neutral.

Of Good Report was banned for allegedly showing ‘child pornography.’ Jahmil describes the psychological thriller as “your classical tale of lust, shameful lust…,” saying that it’s about a teacher who becomes obsessed with his student “to a point where he cannot see that he’s obsessed with a child.” While agreeing that child pornography should be banned, Jahmil says Of Good Report is rather “making an indictment… For teenagers this a horror film. I want kids, particularly girls, to watch this and I want to scare them.”

Qubeka managed to get the banning over-turned and is also proceeding with a defamation case against the Film and Publication Board of South Africa.

Reflecting on the effects of the ban, he says,

I’m not sad for me. This has turned me into a superstar. My life has changed in a week. I’ve been in Variety magazine…three times. What I am sad for is my nation because my nation was refused the right to see the film. Self reflection is the only way you can develop. We are the mirrors of our society… If we are living in an age where our government is putting down draconian policies that don’t allow self-reflection, instead we showcase a world that is actually not real, so how will we get to a place of seeing where we are?

Calling his role as a filmmaker “a privilege” he also describes film as “the definitive artform of the 21st century.” Watch this short interview where Qubeka elaborates further on his criticism of the Film Board’s decision:

Le President was sidelined in Cameroon earlier this year because Jean-Pierre’s film discussed the end of 80-year-old President Paul Biya’s reign – a topic that is taboo in the country,

He was minister in 1962; Barack Obama was one year old. He’s been there forever…You don’t have to be a genius to think that an 80-year-old man can go one day.

Pointing out that “everyone will give me money to make a film once the president is gone to say how bad he was,” he says he would rather made the film now “to anticipate and start a conversation about what will happen when he leaves or if he leaves…When you see the Congo, the Cote D’Ivoire, these are presidents who stay in power (very long) and then you have 20 years of war afterwards.”

END_OF_DOCUMENT_TOKEN_TO_BE_REPLACED 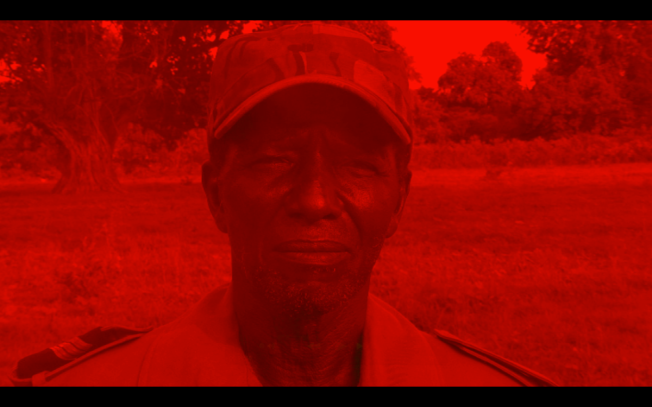 This short film is showing at the 63rd Berlinale Festival.

After fighting in a colonial war, Mutar, an old man comes back to the village. He doesn’t speak to anyone. A shot is heard and right after that the old man falls down and we believe him dead.

He doesn’t speak, so the curious daughter Fatu,  wants to know what’s in his suitcase and opens it. Why is Mutar so terrified? What is he carrying in his suitcase? Even the wise women are unable to prevent her from opening the it. Shock turns into surprise but the drum beat goes on.

Tabatô is the name of the village in Guinea-Bissau.